Alzheimer’s disease is considered the most common form of dementia, which is defined as a serious loss of cognitive function in previously unimpaired persons, beyond what is expected from normal aging.

Studies suggest that Anti-Inflammatory drugs may reduce the risk of Alzheimer’s, but they are toxic to the kidneys gastro-intestinal track & liver. A diet based on natural anti-inflammatory Turemeric is currently one of the best things you can do to protect yourself against Dementia and Alzheimer’s. 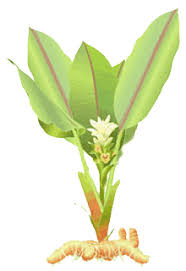 A growing body of evidence indicates that oxidative stress, free radicals, beta amyloid, cerebral deregulation caused by bio-metal toxicity and abnormal inflammatory reactions contribute to the key event in Alzheimer's disease pathology. Due to various effects of Turmeric, such as decreased Beta-amyloid plaques, delayed degradation of neurons, metal-chelation, anti-inflammatory, antioxidant and decreased microglia formation, research has shown that the overall memory in patients with Alzheimer’s disease has improved.

According to the study:

"All three patients exhibited irritability, agitation, anxiety, and apathy, two patients suffer from urinary incontinence and wanderings. They were prescribed turmeric powder capsules and started recovering from these symptoms without any adverse reaction in the clinical symptom and laboratory data."

After only 3 months of treatment, both the patients' symptoms and the burden on their caregivers were significantly decreased.

"In one case, the Mini-Mental State Examination score was up five points, from 12/30 to 17/30. In the other two cases, no significant change was seen in the score; however, they came to recognize their family within 1 year treatment. All cases have been taking turmeric for more than 1 year, re-exacerbation of BPSD was not seen."